This wonder material was finally isolated from Graphite and characterized by Andre Geim and Konstantin Novoselov at the University of Manchester, in the year 2004.

The researchers were awarded the Nobel Prize for Physics in accordance to the “groundbreaking experiments regarding the two-dimensional material graphene” in 2010[6][7][8]. 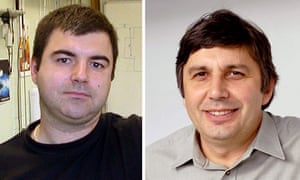 Isolation Technique: Repeated peeling with an adhesive tape until the thinnest flakes were found. An issue with this approach is that the graphene crystallites left on the substrate are submerged between the graphite flakes[2].

Fig 3. In the absence of high-quality graphene, micromechanical cleavage of bulk graphite is done[1]

(a) Graphene visualized under an AFM indicated a monolayer; (b) A TEM image of a freely suspended graphene sheet on a micron-size metallic scaffold; (c) SEM image of graphene crystal, which shows that most of the crystal’s faces are zigzag and armchair edges as indicated by blue and red lines(which dictate the transport & magnetism in graphene)

From the above description, we can understand that a major drawback in harnessing the full potential of Graphene is in achieving wafer-scale uniform films.

Is there any noteworthy development??

MIT Researchers have been able to develop a scalable, cost-effective synthesis and subsequent graphene integration necessary for a large-area application such as nanoporous atomically thin membranes (NATMs)[5][13]

Let us examine the topic for a better understanding……

The researchers utilize a Chemical Vapor Deposition(CVD) chamber and combine it with a Roll-to-Roll(R2R) approach for getting high-quality graphene on a large scale.

Fig 7. Roll-to-roll CVD reactor on rails along with supporting parts[5][12]

The system consists of two chambers which are connected using a conveyor belt (that runs through a furnace where the growth & post-growth annealing happens)[5][12][13].

First Chamber: Copper foil(<1cm wide) is passed through the first tube and sufficiently heated prior to being ready for growth. A ‘split-zone’ design is utilized for growth & annealing[5][13].

Second Chamber: Gases are pumped in at a specified ratio(Methane & Hydrogen Gas). Initially, graphene starts forming little islands which coalesce together to form a continuous sheet

Using the method described above, researchers were able to feed the system and grow high-quality graphene at a rate of 5cm/min[5][13]. The duration of the run was about t=4hrs & continuous graphene length(L) =10metres.

Fig 9. Roll-to-Roll(R2R) graphene on polymer PES along with its micrograph[5][12]

One thought on “External Article: A Scalable Production Technique for Graphene demonstrated at MIT”