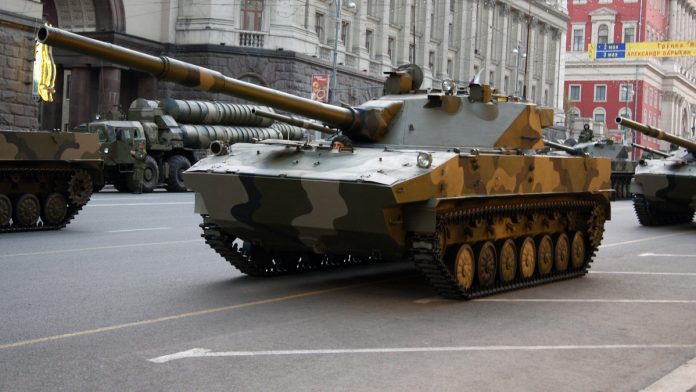 The Ladakh stand-off and the subsequent display of the Chinese Type-15 tanks led to a ‘cat among the pigeons’ moment for the Indian Military planners who were more focussed on developing and procuring traditional tanks in the excess of 50 Tons and heavy armor with focus on the Western border with Pakistan.

The traditional tanks that India has fancied include Soviet/Russian Origin – T90, T72 and Indigenously built (& upgraded) Bhishma and Arjun Tanks. India is the largest operator of T90 tanks despite the tank being of Russian origin.

Inline with this thought, the Indian Armored Corps are now inclined to buy the T-14 Armata Tank which is being considered as the new generation tank in terms of mobility, armor and firepower. They are set to enter mass production in 2022.

What is the India’s Fascination with heavy tanks?

Despite all the benefits of armor for the infantry and its use for the proverbial Blitzkrieg in the enemy territory, India still goes by the nostalgia regarding the tank battles that happened in the 1965 and 1971 war with Pakistan where tanks of Indian Army were able to route a much advanced Pakistani armor through tactics and sheer courage

What is the India’s sudden need for light tanks?

India after the Ladakh confrontation has understood that transporting and operating heavy tanks in the rarified atmosphere of Ladakh will be difficult. It can act as a stop gap but in the long-term, armor for the high battlefield deployment will have to be inline with the terrain.

Accordingly, India has floated a global tender for acquiring tanks and the Russian ‘Sprut’ Light Tank seems to be frontrunner. India has been invited to watch the development & user trials for the tank which is normally not done in case of an end-user.

Does India have a history with light tanks?

Despite there being no current tanks which fall under the light category, India has used light tanks like ‘Centurion‘ (British Origin), ‘Sherman‘ (American Origin) and ‘AMX-13′ (French Origin) during the First Indo-Pak War(1947-48), Indo-China War(1962) & Second Indo-Pak War(1965) especially Battle of Asal Uttar.

Does it help to have multiple tanks in the inventory?

Absolutely not. Multiple equipment means expenses with regards to inventory, training and maintenance. Multiple tanks for the armored corps have not been adopted by the American or Israeli Armies.

The huge spread of Russian origin tanks in the Indian Army is due to centralized planning and total focus on the Pakistan border. With time, maintaining the armored brigades with multiple platforms is going to be cost prohibitive and this will be highlighted even more when there is work on Theatre Commands ongoing

What is the Alternative?

Procuring platforms is a cost & time intensive process. The systems under consideration can take upwards of 36-48 months for delivery if there are no customer specific modifications involved. Also, overseas procurements are a drain to the exchequer as these platforms will be dependent on the foreign supplier for Maintenance, Spares and Overhaul throughout its life-time.

So, how can we address this? There are two possible immediate things that can be done:

Let me elaborate on each scenarion,

The K9 Vajra is self-propelled 155 mm howitzer procured through transfer of technology (ToT) from South Korea and manufactured by Larsen and Toubro. The 100 guns under the contract has been delivered ahead of the timeline and the set-up manufacturing unit is idling.

DRDO and L&T have tried to pitch a new light tank based on the chassis of K9 Vajra but with a 105-120mm gun. The only drawback per se is the weight of the overall combo.

The tank will mostly weigh 30-35Tonnes which will be still higher than the 25Tonne requirement mentioned by the Indian Army in its tender.

Considering the time lapse in procurement, it is better to procure the platform in the modified form and let it undergo iterative development to reach the required target. This way, the homegrown defense-industrial base can be sustained to meet our domestic and international requirements.